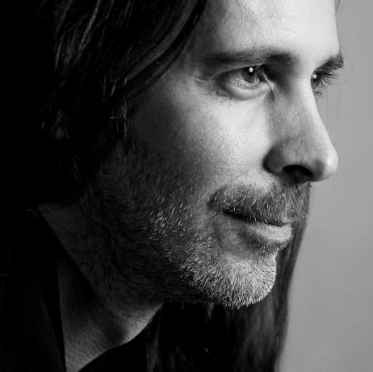 Konstantin Jagoulis  is a gong master, musician, producer and expert in the application of natural frequencies with integral sound work.
He has been producing electronic music since the 90s, has been researching natural frequencies and their application for more than 15 years and has been internationally active as a gong master since 2012.
His 6 symphonic planetary gongs, made by the German manufacturer PAiSTe, are specially tuned to the natural orbital frequencies of the planets, moon and sun. Four of these gongs are the first planetary gongs ever made, which are regarded in professional circles as a Stradivarius among the gongs.
The combination of sensitivity and years of experience as a live performer make his gong concerts a unique sound expe- rience. His “soft-manner” playing technique is considered to be the most advanced among gong musicians.

GONG MEDITATION SYMPHONIC PLANET GONGS
HOW IT WORKS
Gong Meditations with Planet Gongs is the most modern, transcendent and holistic form of sound therapy and an extraordinary experience. The effects are physically perceived as vibrations and act like a cellular massage, resulting in deep relaxation and evoking emotions and visions.
Body cells are set into resonance by the vibrations, which enables the cell structure to return to its natural frequency. The blood circulation is significantly stimulated and thus more oxygen is transported to all areas of the body. As a result, physical blockages caused by the clumping of the red blood cells dissolve and the supply to the brain increases due to the increased oxygen transport. This bio-energetic experience opens the gates to the multidimensional levels of life.

We provide unique experiences for well-being, healing, and more. If you’re looking for curated teachers, shamans, and healers, we are the perfect match for you. Enjoy our private sessions, events, classes, or retreats in Berlin, Ibiza, Tulum, or online.

© 2022 by Ayanation All rights reserved